From the Southern Illinoisan: 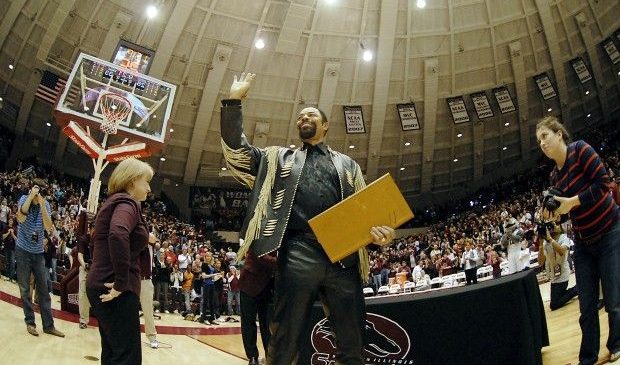 Walt “Clyde” Frazier, one of Southern Illinois University’s most famous alumni, will return to campus next month as the grand marshal of the Homecoming parade, according to a news release from the school Friday night.

Frazier is scheduled to participate in the parade at 10 a.m. on Saturday, Oct. 14, as part of SIU’s “Heroes, Myths and Traditions” celebration from Oct. 8-15. The Salukis take on Illinois State at 2 p.m. in the Homecoming football game.

A two-time All-American and one of the NBA’s 50 greatest players, Frazier led the Salukis to national fame and the 1967 NIT championship. He was the first Saluki to have his jersey (No. 52) retired and helped the New York Knicks to NBA titles in 1970 and 1973. A seven-time NBA all-star, he was also a seven-time selection to the All-Defensive Team.