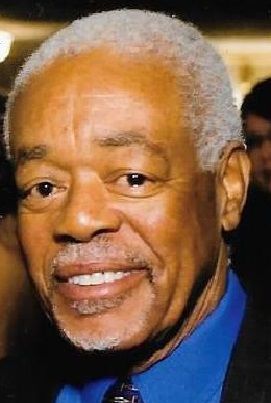 John Holmes, a beloved founder of and first president of the Black Alumni Group, has passed away at the age of 77 Sunday, Dec. 13, 2015, at his home. Holmes, a member of the Beta Eta chapter of Alpha Phi Alpha, was one of the organizing students of the Black Studies program at SIUC and never wavered in his commitment to Black students in the Southern Illinois region. Holmes last service to BAG was in the role of parliamentarian during the 2013 elections. Memorial services will be at a later date. Jackson Funeral Home of Carbondale is in charge of arrangements.

As comments found on the mailing list of Susan Smith Ross suggest John was revered by the entire SIUC family.

I just got the news about John Holmes passing on today!  He truly is an icon among the BAG alum,s in my estimation.  There will be a void at the 2017 Reunion without his presence.  I would think there will be a planned tribute to the life and legacy of Mr. John Holmes.

This quiet smiling giant was one of my Alpha Brothers Heroes. I will treasure his memory. As an Alpha, when one of us dies abortion of all of us dies.

I certainly agree that John Holmes was an Iconic Figure in the history of SIU. We should plan a Stella Tribute.

“I sincerely consider you to be a remarkable person, a good friend and a blessing to SIU, Black Studies and to all of us who are associated with you, directly and indirectly.  I wish you the best now and in the future”

And the people all said, “What you have spoken, you must yourself accept.”

For it was the mirror he brought to my home

and laboratory readings of the hearts and minds of those

who hide in the shadows of fear  ignorance  and neglect

“Speak for yourself, John” is how the myth tells it

And that is our blessing and song today

griot of our beginnings

you are the ancient book of blessings

and handed to us

You knew our beginnings   you guided   us

so many   on paths  you ploughed and furrowed

And you knew when

to move from the fire

and meld into the clouds

One Thought to “BAG Founder John Holmes dies at 77”