Skip to content
You are here
Home > Alumni News > More than ‘Shaft’: Iconic actor returns to SIU to reflect on 50-year career 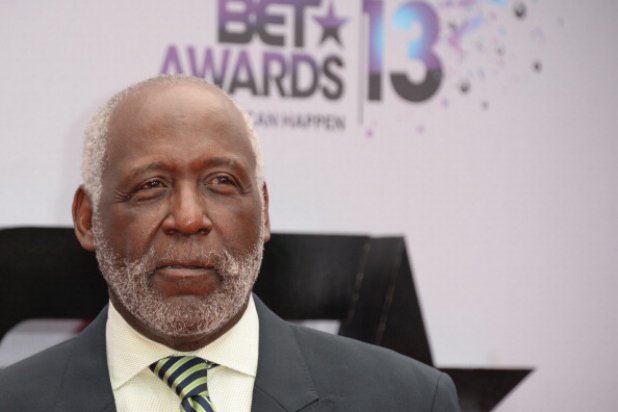 Iconic actor Richard Roundtree will reflect on a career that has spanned five decades this week while at Southern Illinois University Carbondale.

“A Conversation with Richard Roundtree” will be at 1:30 p.m. Friday in the Communications Building’s Christian H. Moe Theater. The program is presented by the College of Mass Communication and Media Arts, Novotny Lawrence, an associate professor in the Department of Radio, Television, and Digital Media, will moderate.

The event is free and open to the public.

Roundtree is returning to campus to receive a Doctorate of Performing Arts during the 5:30 p.m. commencement exercise May 12 at the SIU Arena.

Roundtree, who was from New Rochelle, New York, came to SIU on a football scholarship and attended from fall 1961 through winter 1963. He left school after signing as a model for the Ebony Fashion Fair and then started an acting career, where he appeared in several Off-Broadway shows, including as heavyweight boxing champion Jack Johnson in “The Great White Hope.”

Known for more than ‘Shaft’

While Roundtree’s groundbreaking portrayal of private detective John Shaft might be viewed by some to be Roundtree’s most recognizable work, Lawrence emphasizes Roundtree’s career success goes well beyond his first feature film.

Roundtree has more than 100 film and television projects in addition to the “Shaft” movie franchise. He is a regular cast member in BET’s critically acclaimed series “Being Mary Jane.” He is also involved in filming a 2019 remake of “Shaft,” which will also feature Samuel L. Jackson and Jessie Usher.

“I’m hopeful that our students and public will walk away with insight on the challenges of the business, as well as the drive that it takes to have a sustained career,” Lawrence said. “Mr. Roundtree is a pop culture icon as a result of ‘Shaft,’ but I’d also like those in attendance to leave with a more comprehensive understanding of Mr. Roundtree’s multi-decade career, as well as his advocacy work.”

In 2011, Roundtree received the Legacy Award from the African-American Film Critics Association, and earned a Lifetime Achievement Award from MTV in 1994.

H.D. Motyl, interim chair in both Radio, Television, and Digital Media, and Cinema and Photography, submitted Roundtree’s name for the honorary degree with faculty and interim dean Deborah Tudor’s support.

“Mr. Roundtree certainly is one of the most iconic actors of the 1970s, but he continues to work today, so his long career in show business can be seen as a kind of encouragement to our young actors and filmmakers,” Motyl said. “His achievements show that tenacity can create a long, fruitful career.”

Roundtree has been an important voice in male breast cancer awareness. He was diagnosed with breast cancer in 1993 and had a radical mastectomy and several rounds of chemotherapy to beat the disease.

In addition to participating in benefits aimed at fighting the disease, he is a recipient of the prestigious Jackie Robinson Foundation Award for Excellence for his work in raising cancer awareness.